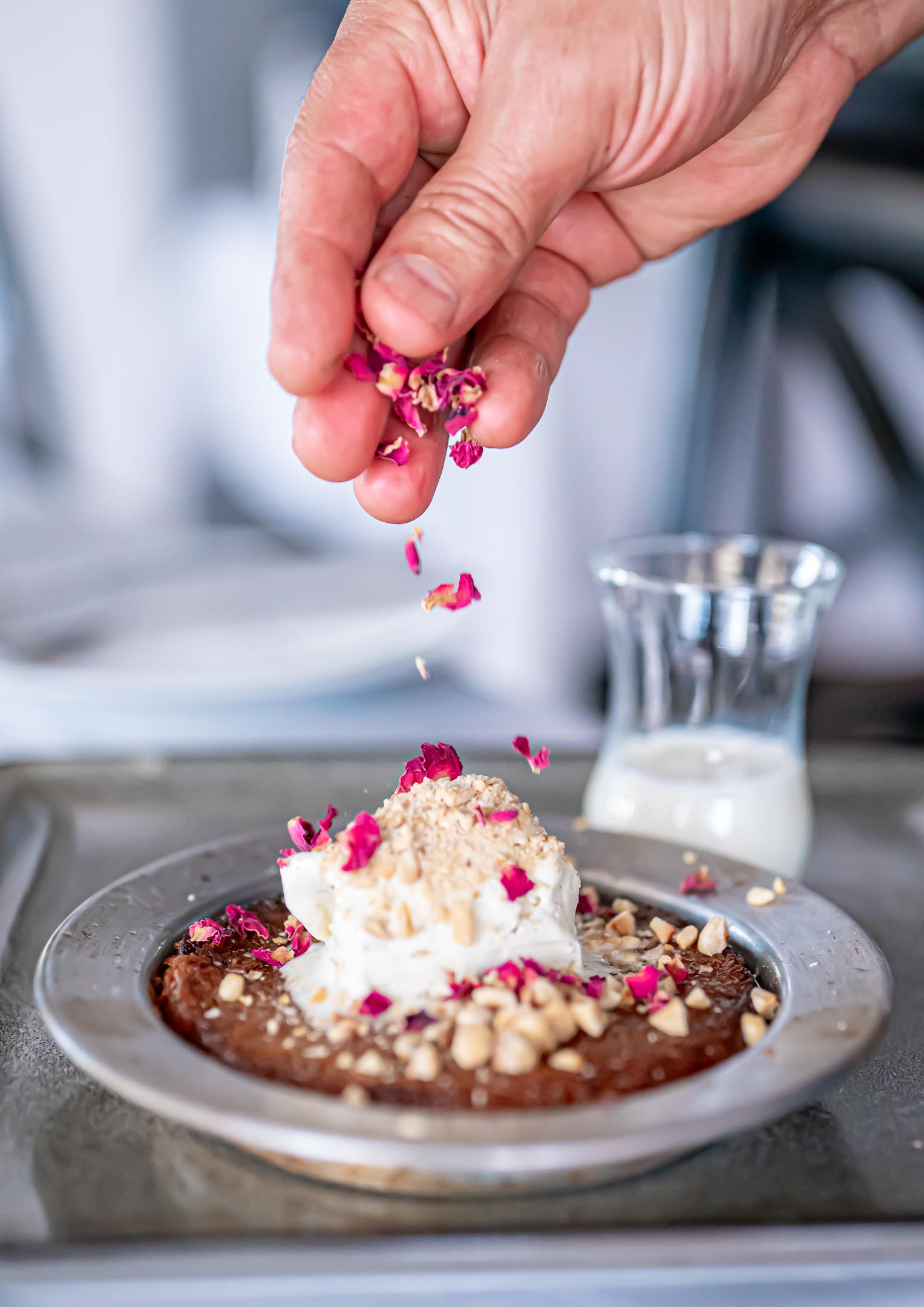 Kunefe or Kanafeh is the traditional Middle Eastern dessert. It can be made by several ways but traditionally, its ingredients are shredded kadayif pastry, soft cheese, golden syrup, toasted hazelnut and vanilla gelato. Kanafeh is known as Arabic dessert but different versions of Kanafeh are found in Greek, Turkish, Balkan and Caucasian Cuisines. In Turkey, best kanafeh can be eaten in Iskenderun where is located at the border of Syria and district of the Hatay province. Like other Arabic foods like kebab, you can find this popular dessert in Olive Thyme where is one of the Brisbane best restaurants.

History of kanafeh is not certain. Commonly known that, kanafeh was created for caliphs during Ramadan, when is the holy month that Muslims are fasting, to satisfy their hungers. However, according to the historians, history kanafeh was first mentioned in historical texts that written in 10th century. But these dishes do not represent the kanafeh that is made today. There are many versions of kanafeh are made in different regions. Most known version is made in Nablus where is the Palestinian city and named Nabulsieh. It made with white cheese and covered with sugar syrup. Another version is Turkish one, which is called Kunefe and kadayıf. These are two distinct desserts. First one is similar with the Palestine version, but it is made with different cheeses. In this version, urfa cheese or hatay cheese is used. You can find this version in Olive Thyme, where is one of the Brisbane best restaurants. Both cheeses can be classified as semi soft cheese. Beside these two versions, there are also Iran and Greek versions of kanafeh.

Kanafeh is one of the most popular desserts in Turkey. It is served after many meals in restaurants. However, these kanafehs are not as good as original kanafeh. There many restaurants that made only kanafeh are exist in Anatolia. In these restaurants, Kunefe is served with many fruits and dried nuts such as apple, grape, pear, carrot, hazelnut and pistachio. Beside these fruits and dried nuts, milk and Turkish black tea is served with kanafeh also. You can find this popular Arabic dessert and many other authentic Anatolian dishes in Olive Thyme, where is one of the Brisbane best restaurants. Olive Thyme offers many dishes for everyone includes, vegans, vegetarians and people who eat only gluten free dishes. All these special dishes can be found in our restaurant.